Best Ways to Keep Stink Bugs Out of Your Home

A stink bug is a bug that has a unique look to them, with a shield shaped-body, a brown color, and six legs. You may also find more and more of them in your home, since the temperatures are dropping. A bug problem is never a good thing, so here are the best ways to keep stink bugs out of your home.

The first effective method you should take to keep stink bugs away is to seal up your home. Do a quick inspection around your home and look for any cracks in your home and seal them up with caulk.

Also, look for any openings in your windows and fix them with window striping and repair screens. Use foam spray to seal cracks around any electrical outlets you might have outside of you home.

Turn Off Lights at Night

Light is a major attraction for stink bugs. Now, we aren’t telling you to forgo lights, but be wary of when you have them on.

When it gets dark out, turn off any porch lights and close your window blinds so stink bugs don’t have a reason to come into your home. Another tip is to use yellow light bulbs instead of white ones to avoid stink bugs.

Another attraction for stink bugs is food. Don’t give stink bugs that opportunity—make sure you never leave food out. Make a habit of vacuuming and sweep up any food crumbs that may have been left out. This step can help you keep other pests out of your home, too.

Keeping Pests Out Your Home

While it’s instinctive to squash a bug when you see one, it’s important to note that you shouldn’t squash stink bugs. This is because when stink bugs die they release a smelly odor—hence their name. Instead, you should either squash them outside, use a vacuum, or put them in a bowl of water and soap.

A Look at Invasive Urban Pests

Pest Patrol: How to Keep Creepy Crawlers out of Your Home

If the problem persists after trying the previously mentioned methods, then the best way to keep stink bugs out of your home is with the help of an exterminator. A professional exterminator will properly take care of the problem if the stink bug issue gets out of hand. Any pest issue can be resolved by calling the right people to take care of it, so don’t hesitate.

Image credit: keep stink bugs out of home by Pixabay

Bird and Other Control 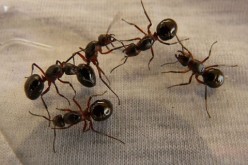 Pest Protection: How to Keep Your Home Safe Year-round 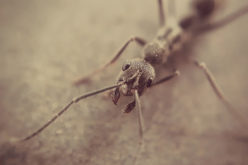 Home Wreckers: How Homeowners Can Combat (and Prevent) Termites 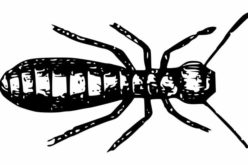 Are Termites Destroying Your Property?

How to Manage Moth Infestations in Nashville

Everything You Need to Know About Mice Pest Control

Rodents and Roaches: 5 Ways to Eliminate These Pests This Summer

What to Check When Renting a Pet-Friendly Apartment?

Renovating on a Budget – 3 Tips

How to Make Your New Home Brighter and Ready for Company

Why DIY Solar Installation May Be The Way To Go