A Look at Invasive Urban Pests

But, while you’re not going to meet a hungry leopard there are plenty of invasive pests that can give you problems.

You won’t be surprised to learn that the rat is one of the most invasive and persistent pests in New York in other metropolitan regions. In fact they are a common pest control issue in most cities.

It is difficult to know the exact amount of rats in New York but scientists in 2014 estimated there were approximately 2 million. The common brown rat, originally referred to as the Norway actually originates from China. It is now found all over Europe and North America.

The bite or scratch from a rat can result in a variety of diseases; including the black plague in the Middle Ages. You can also catch rat diseases indirectly through the ticks and fleas that inhabit them and may then bite you.

There are actually two main types of cockroaches. The American cockroach loves basements and bathtubs; it likes to be near the drains. The German cockroach is more likely to be found near dishwashers, stoves and even sinks. They love water.

It is the American ones that you’ll find flying on warmer days. On cooler days they simply walk or run. In fact they don’t really fly; they use their wings to glide between surfaces.

The smaller relative of the rat is just as common in metropolitan cities and carries an array of undesirable diseases.

They are adept at finding homes in nooks and crannies; fortunately for them there are plenty of these. You need to seal any potential openings to prevent them setting up home in your home.

Once you’ve seen one you can be sure there are plenty more!

If you live in a big city then it is likely you’ll have to deal with bed bugs at some point. They have already been found in many of the biggest businesses, such as Nike, Google and even Bloomingdale’s.

Bed bugs hide in your bed frame, floorboards and even your carpets. At night, while you sleep they will gorge on your blood for roughly five minutes. You’ll wake up with lots of little bite marks; these will become incredibly itchy after approximately 48 hours.

The waterbug is very similar to the cockroach. In fact they can easily be confused. The true waterbug will live in your trashcan or your sewer. It actually moves across the surface of the water and prefers warm spaces.

Unfortunately they can carry similar diseases to your traditional cockroach.

Stink bugs are a newer issue but becoming an increasing issue. As the days grow shorter these insects need to find somewhere warm to shelter for the winter.

They live in tiny cracks but, unlike many of the other pests; these won’t actually hurt you. They are simply a nuisance and will emit a nasty smell if threatened or squished.

If you suspect you have a problem then it is vital that you call a good pest control firm immediately.

Rats! How to Keep Them Out of Your Home this Summer

What Is Pest Control And How It Works? 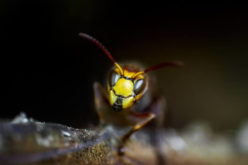 How to Manage Pests during Renovations

Ways To Get Rid Of Pests Once And For All 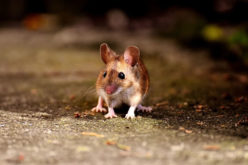 Mouse Hunters: How to Fix Your Home Rodent Problem This Fall

5 Signs of Termites and How to Eradicate Them

Are Termites Destroying Your Property?