Death to the mosquito? Can we? SHOULD we?

Let’s look at the pros and cons.

Malaria causes more than 1 million deaths per year, and these are mostly children under the age of five, mostly in Sub-Saharan Africa. According to UNICEF (http://www.unicef.org/health/files/health_africamalaria.pdf) malaria kills a child every 30 seconds and leaves many other children with physical or mental impairments. Billions are spent every year on attempts to control the disease, including over $800 billion per year spent by the US government in bilateral funding.

In addition, there has been much anxiety recently about the Zika virus, which is thought to be the cause of microcephaly (shrunken heads) in 4000 children in Brazil whose mothers contracted the virus while pregnant.

Gene-drive technology may be the solution. Three US labs are currently working on this, and they might achieve it within months, but it’s very controversial.

It can work in two possible ways. One way is to effectively cause a species to become extinct by causing genetic changes that make the next generation infertile, or by causing all mosquitoes to be male. There are more than 2500 species of mosquitoes, most of which do not bother humans at all. So the idea is not to eradicate mosquitoes entirely, but just those species that carry malaria or the zika virus.

But there are serious concerns. Even those who advocate for species eradication say that there is a danger that the “extinction gene” could jump to another species, for example via mating between species. This is rare – but scientists just don’t know. Todd Kuiken (same link as above) points to the interconnected nature of the entire ecosystem and the fact that we do not actually know what role a species might be playing, even though it is invasive to humans.

How to Get Rid of & Kill Mosquitoes in the Yard – Outdoor Mosquito Control:

Another version of gene-drive is to make genetic changes in the mosquitoes that stop them from being hosts to malaria. But even with this approach, there are dangers. Kevin Ezvelt, one of the researchers involved, while generally positive about the idea, warns: “An accidental release would be a disaster with potentially devastating consequences for public trust in science and especially gene-drive interventions,” he says. “No gene-drive intervention must ever be released without popular support.” https://www.technologyreview.com/s/543721/with-this-genetic-engineering-technology-theres-no-turning-back/

So this is where we come in. We, the public, need to take responsibility for keeping informed. Another child just died of malaria – but is making species extinct the right solution? Send this on, discuss it, read some more. Don’t let others decide for you – be part of this important decision for future generations and for our earth. 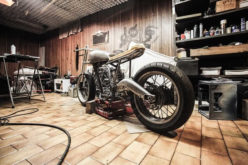 How to Manage Moth Infestations in Nashville

The Beauty of Recessed Lighting

Turning Your Old House to a Vibrant Home Through Paint 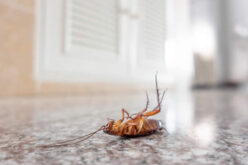 Easy Pest Control Tips That You Can Follow Every Day 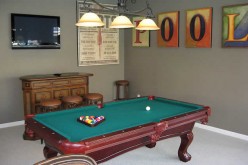 How to Transform an Attic Into a Games Room

Sunday Morning Tip for May 31: 4 Pet-Proof Must-Haves When Building a New Home

4 Building Design Decisions to Make for a Durable Home