Before you begin that next home improvement project….

Taking on a home renovation project is a huge endeavor, one that some homeowners may wish they’d never pursued. Kitchen projects gone bad, problems with wiring and plumbing, and earlier renovations handled improperly can make your current job a nightmare.

If you knew that your renovation job would cost you the use of a kitchen or bathroom for weeks, perhaps months, would you still be willing renovate? If your budget is $60,000 and the required work ended up being double that amount do you have the funds to pay for the overage? Yes, it is impossible to anticipate every problem that may come along, but knowing what others go through should give you some pause. No, don’t put off your work if you’re determined to renovate. Instead, go into the project with your eyes wide open or risk being blind-sided and adding your own horror story to the mix.

Story #1 — One woman’s cat was cemented into the duct work. Alive. Apparently, her cat found a hole, crept in and as the contractor was finishing filling in the holes, the one unfinished area in the kitchen revealed that the cat was inside. When contacted, the contractor hurried over, used a jackhammer to open up a hole large enough for the cat to be removed who nearly drowned as the water in the duct rose and pushed against the kitty. [1]

Story #2 — In August 2006, a Brooklyn, N.Y. woman began what she thought would be a 12-week renovation of her four-story brownstone. Two years later and the work was still not completed, more than $100,000 had been spent and numerous problems not original foreseen emerged. Problems like loose, exposed wiring; thick mold; widespread basement flooding; and subcontractors who showed up on occasion or not at all. [2]

Story #3 — This one involves many stories as it details the exploits of HomeVestors, a company known for its “We Buy Ugly Houses” billboards. This company buys up homes no else wants to touch and begins the exhaustive work required to bring each one to a point where they can be resold. And hopefully for a profit. Problems include odd floor plans where bedrooms are on the second and third floor, but a lone bathroom in the basement. How about generous sized bedrooms with a closet? They’ve seen those too. Perhaps the oddest home problem discovered involved a basement entryway that led nowhere, not even to the basement. [3]

All three stories underscore what can go wrong when renovating, although as the first story shows, putting the cat in a different room could have prevented the problem. The second story is horrific, but it seems that the homeowner took on the role of general contractor. With three children living in the home and no mention of a husband, it seems that this woman had her work cut out for her.

When taking on any project, get it in writing. Don’t pay anything up front except perhaps to cover the cost of materials, but even then most contractors get what they need on credit. Finally, if there is a problem, address it immediately. Be prepared to battle it out with the contractor, but keep in mind that you want him to complete the work as planned or risk losing him and having to start the process all over again.

5 Things to Keep in Mind Before You Start Your Renovations

5 Extreme Home Makeover Projects to Leave to the Pros 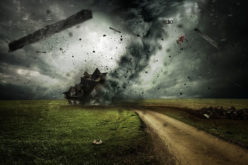 Home Protection: How to Renovate Your House after Disaster Strikes

Six Home Upgrades You Will Need As Your Family Grows

What to Check When Renting a Pet-Friendly Apartment?

Renovating on a Budget – 3 Tips

How to Make Your New Home Brighter and Ready for Company

Why DIY Solar Installation May Be The Way To Go