Should I Repair My Appliances or Replace Them, and What Else Might be Needed? Part 1/3

While it may sound counter-intuitive to say “buy a new one though it costs twice as much”, this advice takes the newer energy efficiency guidelines into effect.

For example, new refrigerators use half as much electricity as their ten year old predecessors, on average. Thus the cost of the new appliance is repaid by the energy savings of around $150 per year over several years.

Fix the refrigerator now, and it will burn just as much electricity as before and likely need another costly repair in a few months.

You can reduce the energy needs of the refrigerator by cleaning the coils, giving the refrigerator ample air flow, and by not putting it by the stove. And if its compressor is starting to ping or you hear bubbling in the pipes, have the refrigerant recharged and leak repaired sooner than later so that the lack of refrigerant doesn’t wear out major components even faster.

When it comes to a new oven, you should consider replacing the oven if the repair bill is one third to half the price of a new oven.

The only caveat is safety. If you have leaking gas pipes or electrical problems that pose a fire hazard, have it repaired or the root cause replaced instead of trying to fix it and risking your safety. Little repairs like replacing burned out heating elements are a task you can do yourself, and they fall within the low cost to replacement ratio.

However, if heating elements are continually going out, you need to have the real root cause identified and repaired – and if necessary, replace the appliance for your safety.

For example, you may want to replace the oven if the control board is continually getting ruined by overheating, the oven liner has melted or the heat and pressure inside caused the glass in the window to crack. If running the microwave kills the power to the oven, you need to have a contractor rewire that area instead.

3 Key Ideas to Utilize for Your Kitchen Decor 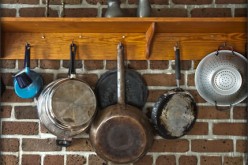 The Difference Between Country and Rustic Kitchens

What to Look for in New Kitchen Cabinets

Remodeling Your Kitchen on a Low Budget

Dishwasher: A Value Added Tool for Your Kitchen 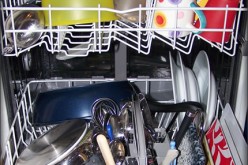 How to Maintain Your Dishwasher

Tips to Buy Water Features For Your Garden

Transform Your Home with These 5 Creative Custom Remodels

3 Things You Didn’t Know About Your Roof

5 Home Repairs You Should Never Do Yourself

How and Why to get an Attic Window