Here are 5 movies with homes showing you how to build your house to withstand brutal weather.

Sleepless In Seattle: Living on the Water

In Sleepless in Seattle, Sam Baldwin lives in a houseboat on Lake Union with his son. Now, this residence isn’t typically what you would think of when you think of a house or a boat. It’s both combined into one—but not a boathouse. It is more like a house built on a floating dock, but there is a lot more stability to it. There’s also a lot more room: it has 4 bedrooms and 2 bathrooms between the two floors, making it the biggest (or one of the biggest) houseboats on the lake.

Houseboats in general aren’t a bad idea, depending on where you live. Although in a tsunami they’ll fare about as well as most buildings regardless of construction, they actually fare much better than most in a flood. The reason is that they can move along with the changing levels of the water, staying afloat because they’re not anchored down (or you can remove the anchoring). Because of this, water damage is far less of an issue, and you don’t have to worry about your home being washed away or disappearing under the water line.

Star Wars: Living in the Trees

Return of the Jedi saw the arrival of the furry Ewoks and their amazing village in the treetops. Regardless of whether you like the Ewoks or not, you have to admit, their treehouses are pretty cool. Complete with bridges connecting them to each other, plenty of space to move around in, and beautiful scenery, there’s not much more a person could want.

Plus, well-built treehouses tend to hold up well in severe weather, since trees themselves are difficult to uproot, and the height gives you plenty of distance should your area flood. The one consideration to having a house in the trees is lightning storms. If your tree gets hit, you’ll get uncomfortably toasty. I’m guessing, though, that the Ewoks didn’t see many storms on their forest moon.

Diamonds are Forever: Living Under the Sun

The villain in the James Bond flick Diamonds are Forever lived in an interesting house on a hill, which in real life is called the Elrod House. This particular house, with a large shield-type dome over the top of the house and part of the swimming pool, was built specifically to protect the interior from the heat of the sun. Severe climate changes—like extreme heat—is a real problem in some areas of the world, and having a house that can protect you from the heat is important. All it takes is talking to right kind of specialist; metallurgists or flat roofers, from Calgary to Denver can help you out, or you can go along the same vein as the movie and implement a shielded dome. Either way, heat protection is always a possibility.

The Incredibles: Living With Magma

On a less realistic front, there’s Syndrome’s volcanic lair in The Incredibles. Built inside of a volcano, it’s the perfect lair for a villain in any film (in fact, I’m pretty sure I recall a Bond villain making similar use of a volcano). Syndrome’s lair is built specifically for the volcano, incorporating magma (the underground version of lava) throughout and siphoning the heat and energy for Syndrome’s nefarious purposes. Plus, the volcano makes for a good cover (who would think to look for the evil guy in a volcano of all places?).

Now, you don’t want to go building your home in a volcano, but there are plenty of natural sources of heat and energy, like hot springs, that you could build your home near, meshing with the location and limiting the effect weather could have (through combining with one of these other methods).

Lord of the Rings: Living in the Earth

Last on the list is Lord of the Rings, showing off underground residences like Bag End. Underground homes like the Baggin’s domicile are perfect shelters against the elements. And Bag End is built at the top of a hill, protecting it from even more inclement weather conditions like flooding.

Underground houses are becoming more and more popular, especially with the green movement, since these types of dwellings fit better in the environment. And as long as they’re built in higher locations, they’re some of the best in terms of ability to handle all types of severe weather.

Movies are great types of entertainment, whether you’re an action junkie or a rom-com addict, and even if you don’t watch movies to learn anything, you can still find ways to make your life better. Stop succumbing to nature, and instead make your home one that can withstand the pummel and come out stronger.

Author Byline:
Eloise Hamilton studied business and law in college, and she practically grew up under the hood of classic cars. While those three topics are her main focus in writing, she occasionally writes about other topics she enjoys too, like home improvement, gardening, and technology, which she keeps informed about by frequenting sites like United Roofing. 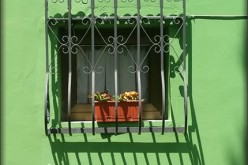 5 Ways To Introduce Sustainability to Your Home 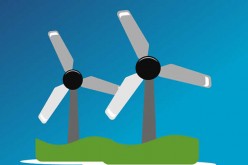 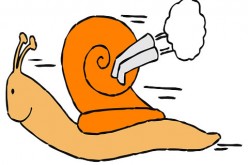 5 Tips On How To Stay Green When Moving 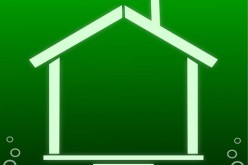 Five Creative Ways to Introduce a Little “Green” Into Your Home

New, Creative and Underutilized Ways You Can Green Up Your Home 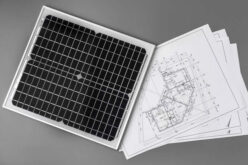 How Big of a Solar System Do You Need to Run a House? 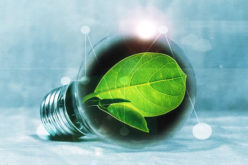 Green Renovation Ideas That Will Add Value to Your Home

Home Maintenance Tasks to Do Before Fall Comes This Year

What to Do if Your Home’s Pool Pump Breaks Down

How To Assess Your Trees After a Storm and Identify Damage

How to Successfully Combine Traditional and Modern Design

The Newlyweds Guide to Homemaking

What are the Commonest Gutter Repairs Issues to Fix?