Home Improvement Fraud: What is It?

Some of the unhappiness can be resolved by working things out with the contractor, while other matters may not be easily fixable due to fraud.

The Merriam-Webster dictionary describes fraud as, “the crime of using dishonest methods to take something valuable from another person.” It isn’t that the contractor simply made a mistake, rather this individual purposefully sought to rip off the homeowner. Specifically, the fraudster may have committed one or more of the following deeds to separate you from your hard-earned money:

1. False advertising. A contractor may have published deceptive, even false advertising that appealed to you in some way. For instance, the contractor may claimed to have experience replacing roofs in your area, but has no track record of the same. This problem could have been avoided by checking references and contacting the Better Business Bureau for complaints.

3. Materials provided. The contractor performed the work as promised, but instead of using the copper piping you requested, he used polyethylene or PEX. Although PEX is sufficient, you were mislead and charged the higher price. Always check behind the contractor to ensure that the job was completed according to specifications.

4. Contract change. You signed a contract, believing that it would be carried out accordingly. Later, you discover that the contract was amended, but without your authorization. This is fraud and usually only discoverable after the fact. Always check that the terms of your contract are fulfilled according to your wishes.

5. Stolen money. Your contractor insists on getting 25 percent up front to pay for his materials and to have money for his workers. You soon learn that your contractor has skipped out on you, leaving you broke. Know that most work can begin without paying anything up front. Contractors usually buy what they need on credit, with the first bill not coming due until 30 days or more later. Also, workers are not paid until the job is done or at least a portion of it, such as a week’s worth of work.

6. Property damage. You didn’t know you had a problem until a contractor showed you a broken part. That part might have been a soffit, a gutter, a piece of sidewalk, or your wood deck. Had you realized it, you would have seen that the contractor broke what wasn’t broken, instead of leading you to agree to the repair.

You can help prevent fraud by insisting always to work with a contract. That contract must be in writing and contain the contractor’s registration number, with both parties signing and dating it. Contractor contact information including names, phone numbers, and addresses must be included.

You may have the right to rescind a contract within three days. Also, if there is a problem, contact your state attorney general office for guidance. You local police can also be called and any crime reported.

Home Improvements That You Will Never Regret 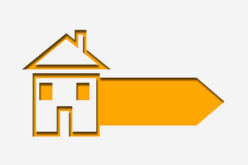 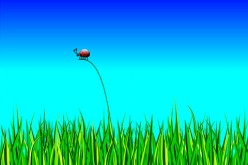 Make It Simple: Six Home Updates That Will Improve Your Quality of Life

How to Make the Most Out of Your Space

About Your New Year Renovation Project

Renovation Essentials: What You Need to Know

How To Create The Perfect Candy Buffet

Embracing Natural Beauty: How to Build a Backyard Oasis