Kitchen design has come a long way since then but there is no doubt that aspects of past design crazes still resonate in modern kitchens today.

This kitchen design history resource tracks the evolution of kitchen design over the last sixty years, and there are hundreds of websites out there for people looking to replicate touches of classic trends in their kitchen. But how has the kitchen transformed over the years?

The 1950s signalled a new post-war era of rock-and-roll, pop art and the Golden Age of television. Hurtling away from the rigidity of the forties, the fifties belonged to the consumer. Fifties décor is still popular today and something lots of people try to replicate with the help of the internet.

Kitchens became infused with bright blues, pinks and yellows, new materials like PVC and aluminium made an appearance and abstract patterns gave the whole room a modern vibe that clearly separated itself from the pre-war design. America’s influence saw giant fridges and diner-style kitchens. But it wasn’t just the aesthetic side of the kitchen that changed – appliances like coloured ovens and cheaper electrical devices such as coffee makers and affordable fridges made the kitchen an easier place to work in and created space for creativity that went beyond convenience. 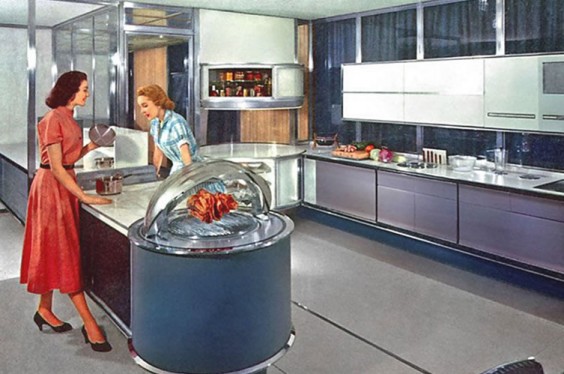 The swingin’ sixties were all about transformation – society, music, art and culture were all in a state of flux. Kitchen décor moved away from the eye-popping colours of the 50s and took on warmer shades inspired by nature – autumnal reds and golds, fresh greens and yellows.

People moved away from artificial chrome and steel to adopt more organic materials like brick, stone and wood. The kitchen was now a place for entertainment. People began to decorate with an outside audience in mind, moving tables and chairs into the room for dinner parties and cocktails. A variety of kitchen designs from the fifties can be found here for inspiration.

When the 70s hit, people had moved on from flamboyant colours to a more balanced style – matching furniture, matching materials and matching colours became the new rage. Kitchens evolved into something more sophisticated, with sleek cooking areas and carefully-planned layouts that offered more room for entertainment and a spacious atmosphere. The goal was to bring a more relaxed vibe to the room with neutral colours and earth tones.

Appliances also took a turn for the modern. Women were no longer satisfied to slave away in the kitchen all day and because of this, efficiency became essential in every kitchen. The microwave oven became a popular addition and the lay-out of the kitchen was arranged to give the cooker as much ease as possible while preparing meals. Entertainment and convenience merged to create multi-purpose kitchens that still looked great, like these kitchens.

By the 80s, women were trying to make their own equal place in the world outside of the home. The kitchen transformed from homey and colourful to an elegant setting for entertaining fellow business people. Unusual designs for seating became popular and oversized islands found their place in the centre of the room, designed to maximise storage space.

Some of the more popular features of the decade included rafters, which filled the room with beautiful natural lighting, American influence and the rustic feel of the countryside. Inspiration was being drawn from literally all aspects of life and kitchen design became more varied than ever.

The nineties were all about individuality. Although kitchen design from the eighties to the nineties didn’t make any huge transformations on the outside, with pastel colours and wooden furniture still prominent features, everyone was looking for new and innovative ways of structuring the kitchen.

While the basics of the kitchen remained the same, everyone was trying to add their own special flare to the room, from special lighting to modern furniture, and the result was a range of beautiful and unique designs that paved the way for what came next.

Today’s concerns are all about the environment and healthy living. Our kitchen design ethos is now one of sustainability and protecting the planet. Most people now have environmentally-friendly bulbs and appliances, and recycling bins are a must have in almost every home.

That doesn’t mean to say that style has been sacrificed. These days, kitchen décor can be anything from retro to minimalism to classic countryside. But there is no doubt that the designs of kitchens over the past sixty years still resonate in kitchens today, whether it’s those flamboyant fifties colours or the sleek, sophistication of the eighties. Kitchen design has come a long way but it hasn’t forgotten its roots.

Estelle Page is a freelance interior designer currently renovating her own kitchen, amongst other rooms, with plans for a design that merges traditional Victorian with contemporary fittings. 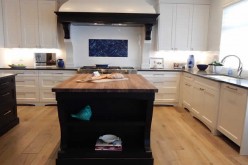 Quick Checklist:     How to Install a Kitchen Island 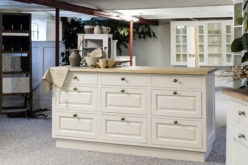 Why Would You Go for Kitchen Refacing Cabinets? 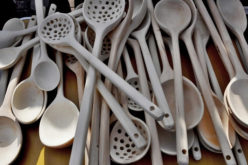 How to Quickly Fall Back in Love with Your Kitchen

DIY Accessory Ideas to Brighten Up Your Kitchen 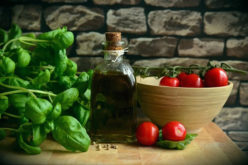 Kitchens Design: Top Tips to Get It Right

Kitchen Touch Up or Major Renovation?

What Makes Meridian Idaho So Adorable For A Living?

Home Renovations: Why You Need to Have an Inspector

Changes that Utility Outsourcing Can Bring to your Business

Tips to Restore Fresh Indoor Air After a Home Renovation

Scam Alert: 7 Warning Signs That You’re About to Hire the Wrong Contractor

How to Have a Bright and Cheerful Den/Library