Should I Repair My Appliances or Replace Them, and What Else Might be Needed? Part 3/3

However, if this is the second such repair in less than a year, start to look at a replacement dishwasher instead. New dishwashers will use less water than older ones, but you can achieve similar savings by making sure the dishwasher is fully loaded before running it.

Pre-rinsing or wiping down dishes with a paper towel instead of running it on a heavy cycle with an extra rise and selecting an air dry mode instead of “steam”.

If the dishwasher keeps leaking or stalling because the unit isn’t flat on the floor and the problem is the floor, then you need to call in a contractor to fix the kitchen floor.

Modern clothes washers are more efficient than their ten year old counterparts, but the energy savings are perhaps $50 to $100 per year.

You can achieve similar savings by making sure you set the water level to the level of the clothing, only rinsing in hot water when necessary and not running it on heavy duty unless you can’t get the clothes clean any other way.

Minor repairs like replacing belts and sensors should be done. Burned out motors and control boards are so expensive that you may want to replace the appliance if those go out, if they are more than a third the cost of a new washing machine. Short of making sure that laundry soap and debris don’t clog the water inlets to the washing machine and not overloading it, there isn’t much you can do to reduce the wear and tear on a clothes washer.

Clothes dryers are an energy intensive appliance, which is why clothes lines are promoted as a cheap, eco-friendly alternative. The energy savings you get from a new clothes dryer have about a ten year payback period over the ten year old models.

But like an oven, you need to take safety into account – if the appliance is overheating and causing a fire hazard, replacement becomes a priority assuming it isn’t due to a clogged lint trap or air exhaust. You can extend the operating life and efficiency of the clothes dryer by not stopping it several minutes before the clothes are dry, not running it longer than necessary to dry the clothes and cleaning the lint trap after each load.

Sometimes you want to replace your appliances to update your kitchen’s look. This doesn’t require replacing all the appliances.

Contact a home remodeler to replace the external panels of the appliances while replacing all the cabinetry doors and counters for an affordable way to remodel your kitchen.

And if you do need to update a 1950s kitchen to one with modern appliances that draw more power or take up more space, hire a professional remodeling contractor to make sure everything fits into place cleanly and then works correctly. 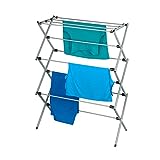 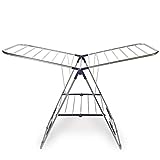 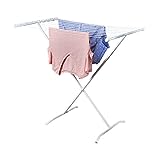 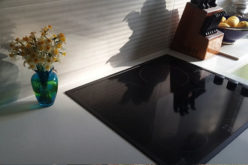 WiFi Kitchen Counter Appliances – Why do People Love Them so Much? 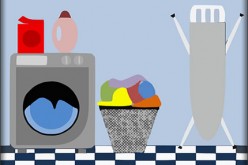 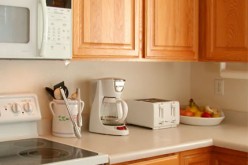 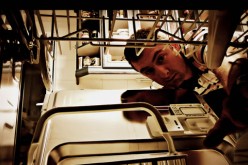 The Right Way to Fix and Upcycle Household Appliances

What Makes Meridian Idaho So Adorable For A Living?

Home Renovations: Why You Need to Have an Inspector

Changes that Utility Outsourcing Can Bring to your Business

Tips to Restore Fresh Indoor Air After a Home Renovation

Scam Alert: 7 Warning Signs That You’re About to Hire the Wrong Contractor

How to Have a Bright and Cheerful Den/Library