Why Should You Use a Surge Protector?

How does a surge protector work?

A surge protector is a set of electrical sockets that allow you to plug more than one appliance into a wall socket. It can be used by a range of appliances including computers and home entertainment systems. They provide a much safer alternative to adaptor plugs, protecting the user and the appliance from injury and damage.

It protects the electrical item from sudden power surges by regulating how much current is received by the appliance. The unit maintains the current level of power and any excess electricity is directed to the grounding wire. This is vital for many of today’s modern technologies, whose components are very sensitive to surges and can be easily damaged.

Why do you need a surge protector?

You don’t always know when you’ve suffered a power surge, so they’re probably more common than you think. There are a range of reasons why you could suffer a power surge, including lighting lightning?, power cuts and short circuits. They could potentially damage the electrical appliance that’s plugged in or your entire electrical system. If an appliance is damaged by an increase in power, you’ll have to replace it, which is not only costly, but also inconvenient.

Surge protectors are usually fitted with rocker switches, not only for the individual sockets, but also to switch off power to the whole unit. This type of switch means that the unit or appliance can’t be accidentally switched on or off. The switch doesn’t stick out and you actually need to press it to activate it. This makes it great for use in areas where the power supply could be accidentally knocked. If your switches fail, they can be replaced, but contact a qualified electrician if you’re unsure. For a reliable source, think about buying rocker switches from RS Components or other reputable company.

By using a surge protector, you’re not only protecting the appliance from damage, but also the user from potential injury. Surges in power can happen at any time and if it happened when an appliance was plugged in or being used, it could be devastating for the user. When the appliances are plugged into a surge protector, you take this issue away. They also have the added security feature of a fuse. If, for some reason, the unit can’t diffuse the excess electricity, the fuse will blow and the power will be switched off.

If you’re looking for a simple, cost effective and safe method of increasing the number of sockets in your property, then surge protectors are the best thing to use. Not only do they have a much better safety record than adaptors, but they also help to protect your appliances from damage. This will save you money in the long run.

What To Do If You Experience These Five Home Emergencies

Items To Renovate After Moving Into Your New Home

Seven Essentials Every Homeowner Needs to Protect Their Home 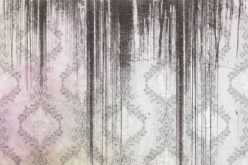 Black & Green: 4 Steps to Take After Discovering Mold in Your Home 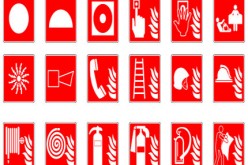 7 Useful Ways to Fireproof Your Home 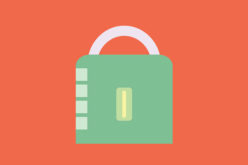 4 Renovations to Prepare Your Home for Heavy Weather

How To Boost Your Home Value With Windows

Top 5 Choices of Window Blinds for Your Home