Modern Sandblasting: Understanding How it Works

Here is a look at how sandblasting works and what they can be used for.

There are three different types of sandblasters in use.

All sandblasting equipment works on the same principles – using a finely ground silica sand in order to clean and abrade a surface of any paint, rust or unwanted debris or materials, stated TLC Surface Treatment, a sandblasting expert. This is achieved by using an air-powered gun that is able to fire out the sand at a very high velocity and impact the intended surface to remove the debris or coating.

The pressurised gun that is used for blasting has a ceramic barrel or similarly toughened coating, which will prevent the sand from eroding it over a period of time. The different types of sandblasting equipment are characterised mainly by the different ways that the sand is introduced to the gun.

With a gravity-fed model there will be an air compressor or pressurised air tank together with a hand-held pressure gun with an air hose and a hopper located on the top of the gun.

The hose is used to connect to the air tank whilst the hopper is filled with the fine silica sand. When trigger is depressed, compressed air fires through the gun in a continuous flow until the trigger is released and the opening at the top of the gun, where the hopper is connected, opens, allowing the air flow and gravity to pull the sand through the gun and fire out of the barrel onto the chosen surface.

The most common type of sandblaster used in industrial situations is a pressure blaster.

These are far easier to operate than other types of sandblasting equipment, but are also more expensive. A pressure blaster consists of a large canister that contains the silica sand in a high-pressure environment, rather like the principle used for storing a liquid in an aerosol can, ready for use when required.

The sandblasting gun used with a pressure blaster is connected to the top of the storage canister by means of a specialised hose that is specifically designed to withstand the abrading effects of the sand.

One of the main advantages of using a pressure blaster model is that when the trigger of the gun is pulled, this forces out the air and the sand as a single entity, reducing the need for subsequent clean-up and maintenance. The drawback to this method is that the canister needs replacing once it has been spent.

The third type of sandblasting equipment is a siphon version. This is more commonly found in domestic rather than industrial environments, and many keen handymen will most likely have one of these versions if they have any equipment like this in their tool collection.

The siphon sandblaster has a gun with two separate hoses, one connected to the compressor and the other connected to the sand reservoir. The cost benefit of this system is that the sand which is fired out of the barrel can subsequently be collected and re-used again.

Sandblasting has many useful applications and knowing which one to use for the required task will help you to get the most out of your equipment.

Corey Phillips is a construction contractor. He often writes about the ins and outs of getting projects properly completed. His articles appear on various DIY, home renovation and  homeowner blogs.

Job Well Done: How To Go About Do It Yourself Construction

5 Essential Things To Consider Before Remodeling Your Home

Cost-Effective Property Renovation Tips For People On A Budget

Parents Moving In? 4 Tips On Renovating Your Home For The Elderly 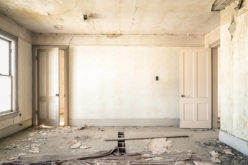 What is Authentic Home Renovation? A New Look To Your Lifestyle 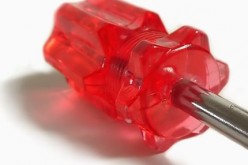 What Everyone Should Know Before Renovating a Home 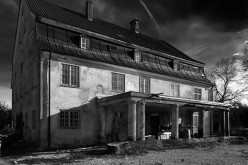 Renovation Tips: Modernizing An Older Home To Preserve its Charm

Cost-Effective Property Renovation Tips For People On A Budget

How Much Does a Hot Tub Cost on Average?

Sunday Morning Tip for July 05: Should You Build, Renovate, or Buy a New Home?

Turn Your Home Into a Spa Retreat With These 4 Additions

Here are 5 Fun Lawn Games for Summer With Your Kids