Top 5 Ways to Burglar-Proof Your Home

Having your home broken into is a very real threat in many parts of the country, but that doesn’t mean that you have to live your life in fear and paranoia. By simply taking a few precautions, you can improve the security of your home and make it a safer place for you and your family to live.

1. Install good locks and use them

The days of leaving your home unlocked in small town America is over. Even homes in rural communities should not leave their doors unlocked. A good lock is a dead bolt with a strike plate, one that can’t be compromised with a credit card or a swift kick. The strike plate should be solid metal and secured to the door frame— or better yet to the stud behind the frame —with four 2 1/2-inch screws. Install dead bolt locks and strike plates on all doors, including the oft-neglected garage utility door and the sliding glass patio doors, if possible.

Locks aren’t much good unless they are used. Late-night teenagers or sleepy adults may forget to lock the doors before retiring for the night, so make it a routine to check all doors and windows before calling it a night. Close large garage doors and patio doors, as well, which tend to be kept open by forgetful home owners in the warm weather months. For sheds and barns, use heavy-duty, hardened steel shackle padlocks with a minimum diameter of 9/32-inch.

Motion detection lights have small electronic panels that detect movement and flip on the lights for a period of time. Situated in strategic places such as dark corners, and by entry doors, these lights can deter a possible burglary. Burglars like to creep around in the dark, so a bright floodlight suddenly exposing them to the neighborhood is a definite deterrent. To reduce the amount of hiding places around your home, keep your bushes trimmed and avoid placing large objects, such as patio tables with umbrellas, close to your home’s entry points. Often times, an alert neighbor with visual access to a home’s doors has spotted a suspicious character, called the police and saved a home from a burglary.

More and more homeowners are turning to home security systems to protect their homes. Nearly one fourth of all Americans have home security systems, and this trend is on the rise. For the best protection, install a system that sounds an alert when windows and doors are opened. Some of the more sophisticated systems signal a central monitoring bureau or the local police department when an intruder is detected. Wireless systems are better than wired systems, as savvy burglars have been known to cut wires and therefore disable the system. However, a blaring siren or flashing lights is enough to send most burglars scampering in fright and is a good option if you can’t afford a monitored home security system.

While not for everyone, a big dog with teeth to match may cause a criminal to rethink his crime. Dogs deterring burglaries is controversial and dependent on the type of dog. Some dogs are simply not aggressive, while others may not bark at an intruder with whom he is familiar, such as a daughter’s new boyfriend or a frequent visitor. Still, the sight of a dog in the house may discourage the burglar from attempting to break in. A dog should not be the only measure of protection against home burglary, but can be an effective arsenal when combined with the other methods.

With the onset of social networking where we share everything from everyday activities to new purchases to vacation plans online, our schedules may be available to anyone, anytime. Websites such as Please Rob Me showed homeowners just how easy it is to track and monitor people who "check in" to social networking sites like Foursquare, Twitter and Facebook.

Don’t advertise your shiny new car and 54-inch HDTV and then tell your Twitter followers that you’re going to Mexico for three weeks. If you really must make your friends green with envy about your global exploits, announce your vacation activities after you have returned home.

Additionally, avoid leaving answering machine or voicemail messages that inform listeners of your absence. Place a temporary "stop delivery" order at the post office so your mail won’t pile up in the mailbox, another dead ringer for an absent home owner. If you will be away for a very long period of time, have a friend mow your lawn, haul your trash cans to the curb or shovel the snow from the driveway. These actions will give the appearance that someone is home, and stave off a probable burglar.

On the rare occasion that you catch a burglar in your home, never attempt to surprise him or confront him. A cornered criminal can create a very dangerous situation that can seriously threaten you and your family now and in the future. Instead, leave the premises and go to a safe place. Call the police or 911 immediately.

Implementing these five home security strategies, along with using a good dose of common sense, can help you prevent a burglar from targeting your home and family.

Author Bio:
Elli blogs for www.yourlocalsecurity.com. She was born in Denver, Colorado and now lives in Salt Lake City where she spends her time hiking, skiing, and enjoying the outdoors with friends and family. 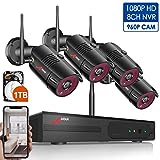 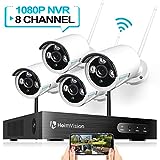 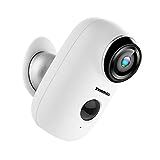 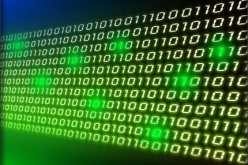 Features of a Home Automation System 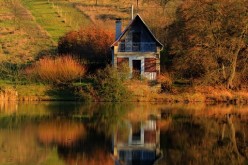 Getting the Jump on Winter: Home-Prepping Tips We Can All Use

An Unbiased Comparison between RO and UV Water Filters

Quick Checklist:     Reviewing Six Essentials Every Homeowner Should Have On Hand 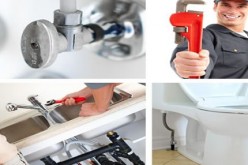 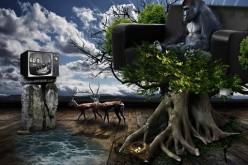 Can You Dump Your Cable TV? Learn the Facts

4 Renovations to Prepare Your Home for Heavy Weather

How To Boost Your Home Value With Windows

Top 5 Choices of Window Blinds for Your Home