Foreclosure discounts persist in some markets.

That’s right, foreclosure discounts are still steep in some areas of the United States, markets that also seem to have a higher percentage of foreclosures than found elsewhere.

This tidbit of information was offered up last week by RealtyTrac, a real estate information website that tracks listings including foreclosures. Company vice president, Daren Blomquist, identified 11 metropolitan areas where foreclosure discounts of 50 percent or more could be found. That information comes by way of the latest RealtyTrac U.S. Foreclosure Sales Report, which looked at third quarter 2011 sales, offering the latest information about the U.S. housing market.

Two of those markets, Bridgeport, Conn. and San Francisco, had foreclosure home prices of about $300,000, well above nine other metropolitan areas with deep discounts. Still, at those prices, home shoppers could save at least 50 percent in markets where home prices average in the 600s.

RealtyTrac data has also revealed that there are 10 markets where foreclosures represent half of all sales. Nine of those markets are in California with Las Vegas being the lone market not in the Golden State. Two-thirds of all sales in Modesto, Calif., are homes that have been foreclosed. Stockton, Vallejo-Fairfield, Merced, Salinas, metropolitan San Bernandino, Fresno, Bakersfield and the Sacramento capital region are the other markets.

Nevada, Arizona, Utah, Florida, Georgia, Illinois, Michigan, Ohio and New Jersey are among the state with the highest foreclosures. These states have more homes on the market in foreclosure than homes for sale that are not in foreclosure.

Of course, moving to a new market to take advantage of lower home prices doesn’t work for most people, especially for those that do not have a job. What RealtyTrac’s information does do is show that foreclosures are still in abundance and that discounts can be had in markets across the country.

How to Turn Your Home Into a Holiday Rental

Rescuing a Distressed Home: Top Tips for Revealing the Beauty Beneath

Future After the Fire: How to Piece Back Your Life After a House Fire

3 Mistakes to Avoid When Flipping a House

How to Successfully Rent Your House As A Vacation Rental 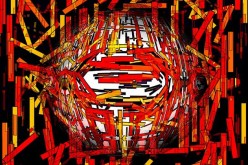 Home Renovations To Complete Before You Move In

Dressing Up Your Yard with These 6 Landscaping Features

Planning to Get Your Own Water Well? 4 Things to Examine First

Flooring 101: Everything You Need to Know About Hardwood Floors

Garage Screens: Another Room With a View