The Case for Casement Windows 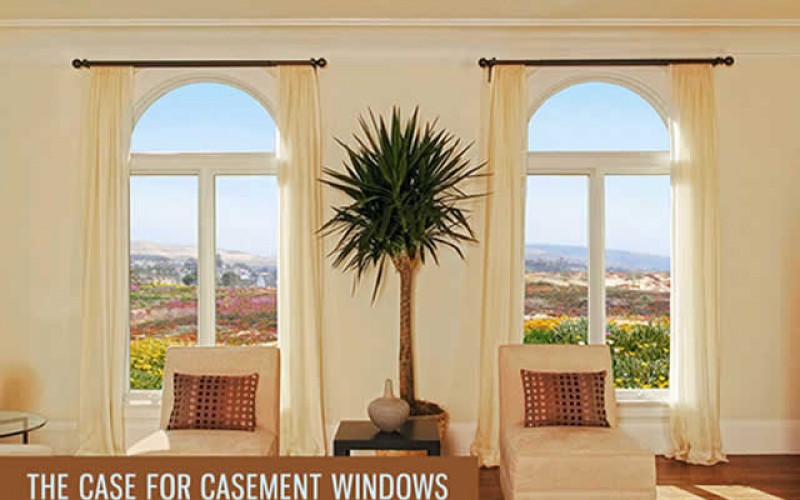 Casement windows are a great option for anyone looking to replace their current window style, and combine a great view, a great look, great ventilation, energy-efficiency, and security in one easy-to-operate package.

What makes it a casement window?

Casement windows differ from the more common hung style windows in that they open sideways; instead of moving the window sash up or down to open it, the entire sash swings open outwards by means of a crank.  This is one of the defining features of the casement window style, and serves to identify the window type.

Muntins – the dividers between the panes of glass in a window sash – are not commonly found in casement windows.  Because of the lack of any obstructions, casement windows give you a clear view of the area outside, much like a picture window.  Casement windows are generally taller than they are wide, but with modern materials can be made large enough to accommodate most window openings and views.

Though casement windows work well with most period revival style homes (except for Victorians), they’ve seen the most extensive use with post-war homes, and are generally associated with the contemporary architectural aesthetic.  They have been used to great effect by architects like Frank Lloyd Wright, who liked to arrange them in broad visual ribbons that not only looked great from the outside, but also managed to provide a great view and illumination for those within the house.

Security and ease of operation

Casement windows can get quite large.  With any other such window, you’d most likely have difficulty swinging it open, but because of the window’s crank mechanism, they’re easy to open no matter what size they are.

Because casement windows open and close in a particular way, they are more secure than most other types of windows.  Not only does the crank close the window all the way flush with the frame, but the window’s locks hook into the frame behind the window.  Unlike, say, a hung-style window, which an enterprising burglar just could, with effort, jimmy open with a pry bar and some elbow grease, once you close and lock a casement window, it’s staying closed and locked until you unlock and open it from within the house.

Casement windows are the second most energy-efficient window style, but only because picture windows don’t open at all and aren’t designed to let in air.  Casement windows are great at sealing in the heat because they close tightly against the frame, preventing outside air from coming in and the air from inside your home from leaking out.

At the same time, however, casement windows can swing all the way open, allowing more air in than most other window styles, and because they swing open sideways, they can also catch side-breezes which might otherwise not enter through the window.  This lets you control just how much air goes into a room, and can help greatly in reducing your reliance on expensive heating and cooling.

Making the case for casement windows

The next time you’re in the market for a replacement window, give casement windows a try.  Forget about having to decide which sash to open and which to leave shut.  You can’t go wrong with its combination of looks, view, energy-efficiency, security, and ease of operation.  It’ll be the best window-buying decision you’ve ever made.

Author Bio
Alex Esler is Marketing Manager for Renewal by Andersen of Cape Cod.  Alex is known for her drive, and is inspired by her work and the causes she cares about.  She is always eager to help, and maintains a positive outlook on life. 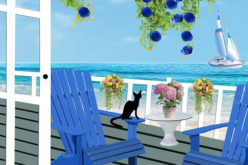 Reinforce Your Home’s Connection to its Surroundings with Big Doors 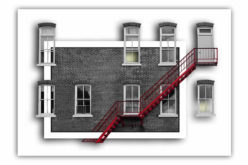 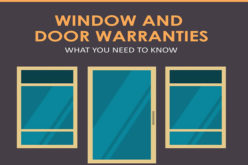 Window and Door Warranties: What You Need to Know 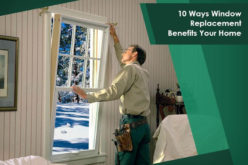 How to Make the Most of Bay and Bow Windows

Environmental Emotions – The Physical and Psychological Benefits of Natural Light

What Exactly Makes Your House a Home?

Renovating Your Castle? 4 Materials You Need for the Process

5 Ways to Scale and Budget Your Kitchen Remodel

The Beginner’s Guide to Buying a Fixer-Upper Home

Three Things to Consider Before Planting a Tree Near Your House

Why Removing Your Old Lawn Can Be a Good Idea

Do not Make Your Home Office Another Room of Your Home