For example, Robert Louis Stevenson first thought of his famous story, the Strange Case of Dr. Jekyll and Mr. Hyde, while dreaming, and another famous monster was likewise developed during a dream: Frankenstein. Authors, painters, and musicians are not the only ones to be inspired during the sleeping hours; dreaming has a significant impact on everybody’s ability to think creatively.

Several scientific studies have found a correlation between sleep and creativity. While sleeping, the brain has a chance to think through certain problems in a more creative way to find the best solution. In one study, participants who had a full eight hours sleep were more able to gain insight into performing a difficult task and perform better on a second trial. Even before science supported it, people often would recommend sleeping on a problem when it was difficult to find an answer, something that typically works.

The REM sleep cycle has the strongest impact on providing assistance with creative problem solving, and it is the stage of sleep associated with dreaming. Some studies have also found that the right side of the brain, thought to be the more creative part, was more active during sleep. All of this evidence points to the importance of sleep, especially reaching the dream stage, in the ability to think creatively.

Another correlation between dreaming and creativity comes from the ability to actually remember what occurs during the dream. A recent study found that imaginative people were more likely to have vivid dreams and then remember them upon waking. The personality traits that most correlated with remembering dreams included those who were more imaginative, day dreamed and fantasized often, and easily absorbed information. This could mean that people who daydream and fantasize during the day are more open to the experience of dreaming rather than creating a barrier between the waking and sleeping worlds. This in turn allows them to remember dreams. The most unusual and vivid dreams also tend to be the most remembered for everyone, and these are the dreams that have the most potential for inspiration.

Dreams do not only provide answers or allow the brain to solve problems, they can also act as inspiration. Salvador Dali often used his dreams as inspiration for his surreal artwork, which often was a depiction of a dream realized. Several other artists have pointed to dreams as their creative muse. Even outside of great masters, people find inspiration through dreaming. Two scientific studies found that around 20 to 28 percent of people with normal levels of creativity found artistic inspiration from their dreams. Therefore, dreaming strongly affects creativity in both highly creative individuals and those with more normal levels.

Whether your mind needs to figure out a logical problem or you are looking for inspiration for the next great masterpiece, a good night’s sleep is most likely the best solution. Some people believe that insomnia may also contribute to creativity, and some creative people believe that a lack of sleep led to better work than a good nights sleep. However, the greatest amount of evidence demonstrates that dreaming and the REM sleep stage have the greatest impact on a person’s ability to creatively think. 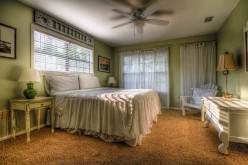 How to Create a Dreamy Boho Bedroom 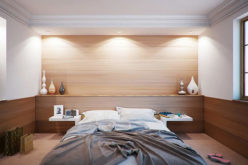 This is How You Can Make Your Bedroom More Sleep-Friendly

Design Tricks That Will Turn Your Bedroom Vintage 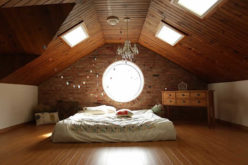 Tips for Making a Child’s Bedroom Cozy and Comfortable 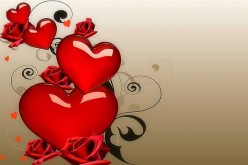 How to Decorate Your Bedroom for Valentines

Sunday Morning Tip for March 15: 5 Things You Need to Know If You Plan on Bumping Out Your Bedroom 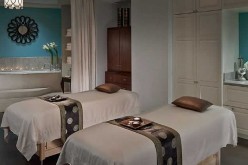 10 Modern Design Ideas for Your Bedroom

How to Properly Care for Your Pool

Simple Renovation Tips to Get Your Project Started

Structural Danger: 4 Ways Your Home’s Foundation Is At Risk