What We can Learn From San Francisco Architecture

When I was younger and looking for a summer job, I hired on with a landscaping company as a laborer. I have to say that I wasn’t particularly looking forward to the work. I figured it would be a long, hot summer full of blisters and an aching back. But, I lived in a small town and I had to take whatever came along.

As the summer went along though, I found that I was enjoying the work. Sure, it was hard. But, the two guys that I worked with were artists. They taught me how to look at a piece of property and see it for the potential it held, not the state that it was currently in.

I want to share two of the more important points I learned to keep in mind when practicing creative landscaping.

The area that we worked in was the Santa Rosa area north of San Francisco. It was hot and dry in the summer, and slightly cold and wet in the winter. And, there were hills and flat areas alike.

It was when we had a job on a flat piece of land that my bosses felt that they had to get extra-creative in order to make a difference. Because, they felt that if you didn’t at least make an attempt to include the home into the landscaping plan of action, you were separating the yard from the home.

So my bosses liked to take into account the sight-lines from the property’s house, and create differing elevations throughout the yard, which complemented the windows and served to improve the resulting views from the windows. It’s an idea I’ve always remembered for its simplicity and elegance.

Steve, one of my bosses, loved working in stone. But, he didn’t just visit the local gardening supply place for his boulders rocks and flagstones. He kept an eye out everywhere.

In San Francisco, he had read that they were tearing up the streets and doing a major renovation that included replacing all the old curbs with new, wheelchair accessible curbs.

Steve knew that the old, original San Francisco curbs had been carved out of granite. He turned into a detective and managed to track them down to the spot where they were being disposed of which was an old corporation yard owned by the city. For the price of a couple of bottles of scotch, he gained possession of some of the finest examples of stonework from San Francisco’s past that could be had. He had straight and curved pieces of beautiful weathered granite. Some were engraved with the name of the streets that they had come from, which had our favorite clients clamoring for an addition to their gardens. They added a timeless and historical aspect to our landscaping projects, that made the company stand out from other landscapers.

7 Ways to Spring into Outdoor Living with Redwood 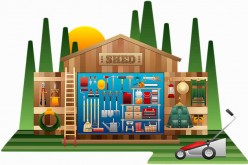 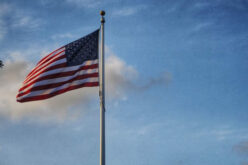 How to Install a Flagpole in Your Yard: A Simple Guide

5 Ways to Enhance Your Gazebo

Turn Your Backyard Into An Adult Playground

Should You Renovate or Replace Your Wood Shed? 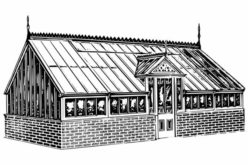 Cool Construction: 4 Unique Structures To Consider When Adding Onto Your Home

Disposable Tableware – The Right Choice For Any Occasion

How To Clean Polished Concrete Floors

Save Your Home from These Common Electrical Problems

Using Antiques in Your Home Decor

Did You Know That Your House Can Get Cancer?