The Evolution of the Hammer

However, how has this modern-day hammer evolved from the first tool that was used by early man?

The Early Days of the Hammer

The use of a hammer originally came from early man using his clinched first as a weapon. It soon became apparent that this alone wouldn’t suffice and that he required something more powerful. Initially, a hammer was simply a round pebble or stone that was used to chip away at other materials. This could be for the purposes of making other tools or implements.

These early hammer stones were often just pieces of flint that were held in the hand to achieve a blow. As the tool evolved, man came up with the concept of having indents in the stone for fingers to grip the item and make it easier to hold and use. They then had the idea of attaching the stones to handles with rope or other materials, and this is when we started to see the use of a hammer as we know it today.

Across the years these hammer stones were made out of a variety of materials, depending on the strength that was required. These included metals such as bronze and iron. As people became better educated, they realised that they could achieve a substantial amount of power from such a small tool.

We don’t know exactly how the early hammer stones transformed into the hammer heads we have today. Man used different forms of hefting across the years to achieve more power without causing damage to the user. This was a huge technological advance and saw men use a range of materials to attach their hammer stone to a handle.

The Australian Aborigines used some cement or gum to stick their stone head to a branch, which could then be used as a handle. Other variations over the years have featured leather thongs, willow branches and pieces of hide. These bindings were often formed in decorative and elaborate ways so that the hammers became works of art rather than just practical tools.

Today there are different forms of hammers for individual uses, such as those available from Redashe Ltd. These can vary from simple and cheap hammers to more advanced forms, including the Indestructible Handle Copper Head Sledge.

It is important when choosing a hammer to select the right one for the job. Models can include small versions for intricate jobs through to large-scale construction hammers. Research from Lloyds Bank showed that 54% of homeowners have had work on their property go wrong due to bad workmanship, which could have been due to inappropriate tools

When you follow the evolution of the hammer, you see how sophisticated modern-day forms can be. However, you also start to appreciate how advanced early man was and how their inventions are still helping us today. 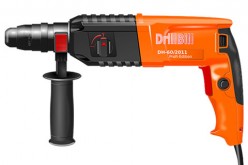 A Guide To Cordless Tool Attachments

Set in Stone: 5 Designs to Consider When Remodeling Your Home

Clever Ways to Use Granite in Your Design Scheme

5 Reasons Why Oak is the Ideal Material for Your Home Building, Renovation and Improvement Project 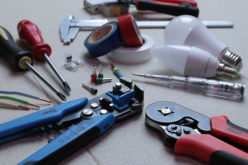 4 Critical Pieces of Equipment You Need for Home Renovations

What Is the Best Natural Stone for Your House? 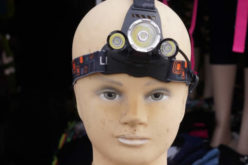 A Simple Guide on How to Disinfect Your Home

4 Reasons Why Your Property in QLD Needs Painters Brisbane Services

Tips to Prepare Your Patio for Winter

How to Prepare and Polish Concrete Floors?

Boost Fire Safety at Your Home

Green on the Inside: Tips to Get a More Efficient House