A typical flashlight uses miniaturised incandescent bulbs with a tungsten filament which makes it handier and turned it from being a novelty item to a useful one. However, the typical flashlight has its fair share of pros and cons, mostly because of the incandescent bulbs which are very delicate and prone to breaking with a minor shock. With the changing technology we need a better alternative to these handy tools that relieves us from all the limitations of the former alternatives.

LEDs or Light emitting diodes are now becoming a favoured replacement for most of the older light producing inventions. And same is the case when it comes to flashlights. In earlier times LEDs were mainly used as power indicators as they needed only a fraction of power to illuminate but couldn’t provide a bright light. Things changed pretty much in 1999, with the introduction of the Luxeon LED which emitted a high power white light and used a fairly less amount of battery power. LED flashlights have been amazingly popular ever since.

In this article we shall discuss the 5 major advantages of LED flashlights over Regular ones.

Durable Than A Regular Flashlight

The incandescent bulbs being made of glass are susceptible to breakage very easily and the tungsten filament will burn out quickly as it’s not designed to sustain regular switching on and switching off function of a flashlight. The LEDs totally wins over this category as they are amazingly durable and can sustain high amount of damage making LED flashlights an instant favourite.

The lumen per watt produced by a LED is fairly higher than the incandescent bulbs. Even a small LED which is powered by a single AA sized battery can produce 100 lumens per watt. LED flashlights are also used as tactical attachment in firearms as the extreme bright light they produce can temporarily blind a person. A LED also comes in a vast array of colors that can produce warmth as well as light.

A regular flashlight with an incandescent bulb is very delicate due to the thin tungsten filament being susceptible to breakage and its game over if you accidently drop it. The LED flashlights are virtually light producing clubs that will work even if you hit someone with them or drop them.

Can Even Be Contained In A Small Size

The LED can be powered by a single AA battery and still produce more light than a regular flashlight. There is a vast range of sizes available for a LED flashlight and can even be miniaturized into a keychain sized device powered by a lithium primary coin battery.
With the above mentioned advantage and its endless possibility of uses, the LED flashlight has totally taken over the modern market and has to a large extent made the use of a regular flashlight, pretty obsolete.

Author Bio:
Rohit Agarwal is a tech enthusiast and is always on a lookout for new methods to regulate energy consumption be it work or home. In his recent explorations he came across a LED Flashlight and other LED lighting solutions and thus made him research more about this amazingly energy efficient product. Currently, he is also contributing to MyLed.com.

6 Ways to Transform Your Hotel into a Luxurious Getaway

Aging-In-Place Checklist: The Top 4 Ways to Make Your Home Remodel a Raging Success

The Impact of Organic Waste

Want To Renovate Your Home but Don’t Know How To Fund It? Try These 4 Tricks 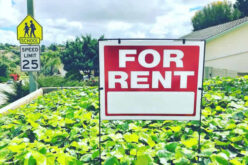 What Are Tenants Hoping To See in a Rental?

10 Safety Hazards to Fix In Your Outdated Home

Sunday Morning Tip for May 15: How Much Concrete Do You Need For a Cement Pad in Your Backyard?

Getting the Perfect Gutter System: What Homeowners Should Know

The Art of Turning Your Backyard into an Outdoor Living Space