Home Prices Rise by 11.2 Percent Over Past Year

Home prices continue to rebound and have increased an average of 11.2 percent over the past year ending Sept. 2013. That’s the findings of an S&P/Case-Shiller Home Price Indices report that also shows prices climbing by 3.2 percent for the third quarter 2013 alone. Importantly, home prices increased by 13.3 percent for the year for its 10- and 20-City Composites. The report was released earlier this week.

David M. Blitzer, Chairman of the Index Committee at S&P Dow Jones Indices was particularly pleased by the positive movement seen in both the second and third quarters of 2013. Said Blitzer, “The National Index is up 11.2% year-over-year, the strongest figure since the boom peaked in 2006. The 10-City and 20-City Composites’ year-over-year growth at 13.3% was their highest annual numbers since February 2006.”

Especially strong growth has been seen in 12 cities, with these cities reporting double-digit growth for the year. The West, which was particularly hard hit during the Great Recession, is seeing the strongest rebound among all regions of the United States. Home prices in Las Vegas are up by 29.1 percent followed by San Francisco at 25.7 percent. Los Angeles was up by 21.8 percent and San Diego followed closely at 20.9 percent.

Despite the strong regional growth, there has been talk that another real estate bubble may be forming. Blitzer noted, however, that buyers are not rushing in to push up prices and there is evidence that the recent fast-paced growth may also be slowing. More recent data suggests that existing home sales are slowing and that home construction still hasn’t returned to the high levels seen six and seven years earlier. Moreover, slightly higher interest rates have potential homeowners treading carefully as they consider the market.

Beyond the West, the Detroit market saw the most significant month-to-month gain of the major cities in Sept. over Aug., rising by 1.5 percent. However, Detroit remains the only city where its housing prices remain below its Jan. 2000 level. Detroit has some of the lowest home prices in the nation, with Trulia noting that the median sales price for city home from Aug. 2013 to Nov. 2013 was just $41,712. Home prices are still down 35.8 percent from five years states Trulia.

Rising home prices should give consumers a measure of confidence leading into the new year. It may be a good time to remodel a home and to sell it if your market is on the upswing. For markets that remain flat, tackling home improvement projects may still make good sense especially if construction demand is low and contractors are looking for work. Moreover, it is generally easier to obtain competitive bids when home prices are soft than when a market is strong and people are ready to buy and sell.

Housing Industry Back on its Feet: The Advantages of Good-performing Real Estate

6 Effective Ways to Raise the Value of Your Home

Home Prices Up by 11.9 Percent Year Over Year

How to Maximize The Sale Value of Your Home 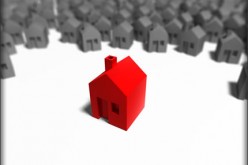 Home Values? Not at Bottom Yet Zillow Says

Design Ideas for Your Dream Closet

4 Essential Tips to Maximize Space in a Cramped Bathroom