Home Values? Not at Bottom Yet Zillow Says

Some markets will begin to recover in 2012, however.

Home prices have slipped significantly over the past four years, erasing gains made since 2000 and in some markets gains made since the early 1990s. This historic downturn hasn’t brought home prices to the bottom nationally or where prices are set to rebound.

Some markets, including Los Angeles, have shown signs of improvement, with homes selling more today than they did one year ago. Nationally, home prices fell by 1.1 percent in the fourth quarter of 2011 according to the Zillow Home Value Index. That rate was steeper than what many had expected, but Zillow does share some good news in a still declining market: home values will continue to fall through the end of 2012, but not at the pace seen in 2011.

Zillow’s estimate for 2012 is for home values to decline by 3.7 percent. Zillow puts the average home price in the United States at $146,900. That means home values will drop to about $141,500 by the end of 2012. This trend is important for people who plan to ready their homes for sale in 2013 as the investment you put into your home should translate into a good return on that investment.

The Zillow survey looks at the 25 largest metropolitan areas covered by this real estate information marketplace. The largest declines have been forecast for Atlanta (-8.5 percent), Chicago (-7.6 percent) and Seattle (-6.9 percent). A few markets are expected to show rising values including Washington, D.C. at 1.3 percent, Los Angeles at 1.2 percent and Phoenix at 0.6 percent. Miami, one of the hardest hit cities during the Great Recession, is expected to show no change in 2012.

“While it may be disconcerting for homeowners to see values nationally fell at a fairly rapid clip at the end of last year, that trend won’t last through 2012,” said Zillow Chief Economist Dr. Stan Humphries. “The fourth quarter’s weak performance proves that pronouncements of a bottom in home values have been premature, but the good news is that 2012 will prove to be a better year than 2011. In fact, many markets show signs of a bottom this year, although a bottom may continue to elude the nation as a whole in 2012. Fortunately, against a backdrop of modest further declines in home values, we expect that home sales will pick up briskly this year as affordable prices bring more buyers to the table – especially investors and second-home buyers.”

Based on Zillow data and polling conducted by Reuters, home values should begin to recover in 2013. That represents a delayed, but welcome recovery, one that is still a long way off, but closer than during the deepest and darkest days of the Great Recession.

Drive Out Damp, Drive Up Your House Value 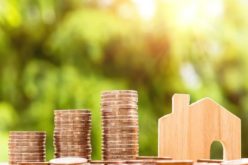 4 Important Renovations That Will Increase the Value of Your Home

Rules of Renovation: 5 Ways to Increase the Property Value of Your Home

What Are The Best Home Renovations That Have The Highest ROI 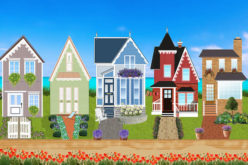 How to Add Value to Your Home

Construction Business: Why Are You Incurring More Expenses Than Required?

Being a Better Property Manager: Tips to Make You Successful

What The Best Cordless Drill 2020 Should Have

What you Need to Know Before Planning and Estimating Kitchen Renovations