One of the most telling historical finds tend to revolve around old structures and man-made houses as we love to feel that connection with a trace of the past that connects us to other human beings. Read on to discover more about some of the oldest houses in the world…

Thought to have been built in the 16th century, Thoor Ballylee house is a fortified tower house believed to have been constructed by the De Burgo family. The building has been the fascination of many over its lifetime and was even purchased by the famous poet, W.B Yeats in 1917 for the grand total of £35- it has since been referred to as Yeats’ Tower. The house contains four floors which are all connected via a spiral staircase and the house was also sadly subject to heavy damage due to floods in 2009.

Anne Frank House has been iconic and historically significant since the discovery of a young girl’s diary that so perfectly and honestly captured her account of her hideout from the Germans during the years of the Holocaust. Historians believe that the building was constructed in around 1635 by Dirk Van Dleft and consists of three sections. The building also comprises of a back house, which is a part of the building that is concealed from view due to the surrounding houses.

Believed to have been built in 1705, Blenheim Palace is located in Oxfordshire and is a well-recognised UNESCO World heritage site, thought to be one of the 10 oldest houses in the whole world! The area of the building covers 7 acres and is believed to have been the home of the Duke of Marlborough. The palace contains a central rectangular block as well as additional east and west blocks. There are royal suited for dukes and duchesses on the east side and a picture gallery on the west side.

Many historians believe that the Villa America Capra- a luxurious villa in Italy- belonged to the age of the Renaissance and was designed by Andrea Palladio. It is a recognised and conserved part of a world heritage site in the area and is a symmetrical building with four porticos. The magnificent building has a grand hall covered by a domed ceiling and is surrounded by a balcony. This building is now a great attraction for historians, tourists and filmmakers.

If you are looking to rediscover the past with some of the aforementioned old houses, it is imperative that you take your travel insurance with you and fill out an EHIC form in order to obtain your European Health Insurance Card (if one is traveling to Europe).

How to Adapt Your Home When Elderly Parents are Moving in

How to Banish Clutter For Good

How to Prepare for Tornado Season 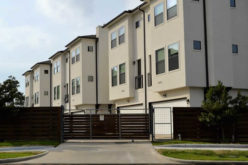 Give Comfort To Your Family With Affordable Duplex House

What to Benefit from a Pipeline Repair Company

10 Safety Hazards to Fix In Your Outdated Home

Sunday Morning Tip for May 15: How Much Concrete Do You Need For a Cement Pad in Your Backyard?

Getting the Perfect Gutter System: What Homeowners Should Know

The Art of Turning Your Backyard into an Outdoor Living Space